Meet our newest member of Al Ma’wa Sanctuary – Cassie! Cassie is a female spotted hyena, who was rescued along with 12 other animals by Four Paws from Aleppo, Syria in 2017. Although there were no medical records, it is estimated that she was over 10 years old during the rescue. She is now estimated to be between 15-17 years old. She underwent rehabilitation at the New Hope Centre and was moved to a new enclosure at Al Ma’wa Sanctuary in early June 2020. She is an elderly lady, who enjoys strolling around her enclosure! ❤

Spotted hyenas are also known as laughing hyenas because they tend to make a lot of noise, sometimes sounding like laughter! They are native to Sub-Saharan Africa ☀️ Spotted Hyenas are the largest of the hyena family. Females are generally heavier than males, and can weigh up to 82 kg! 👀 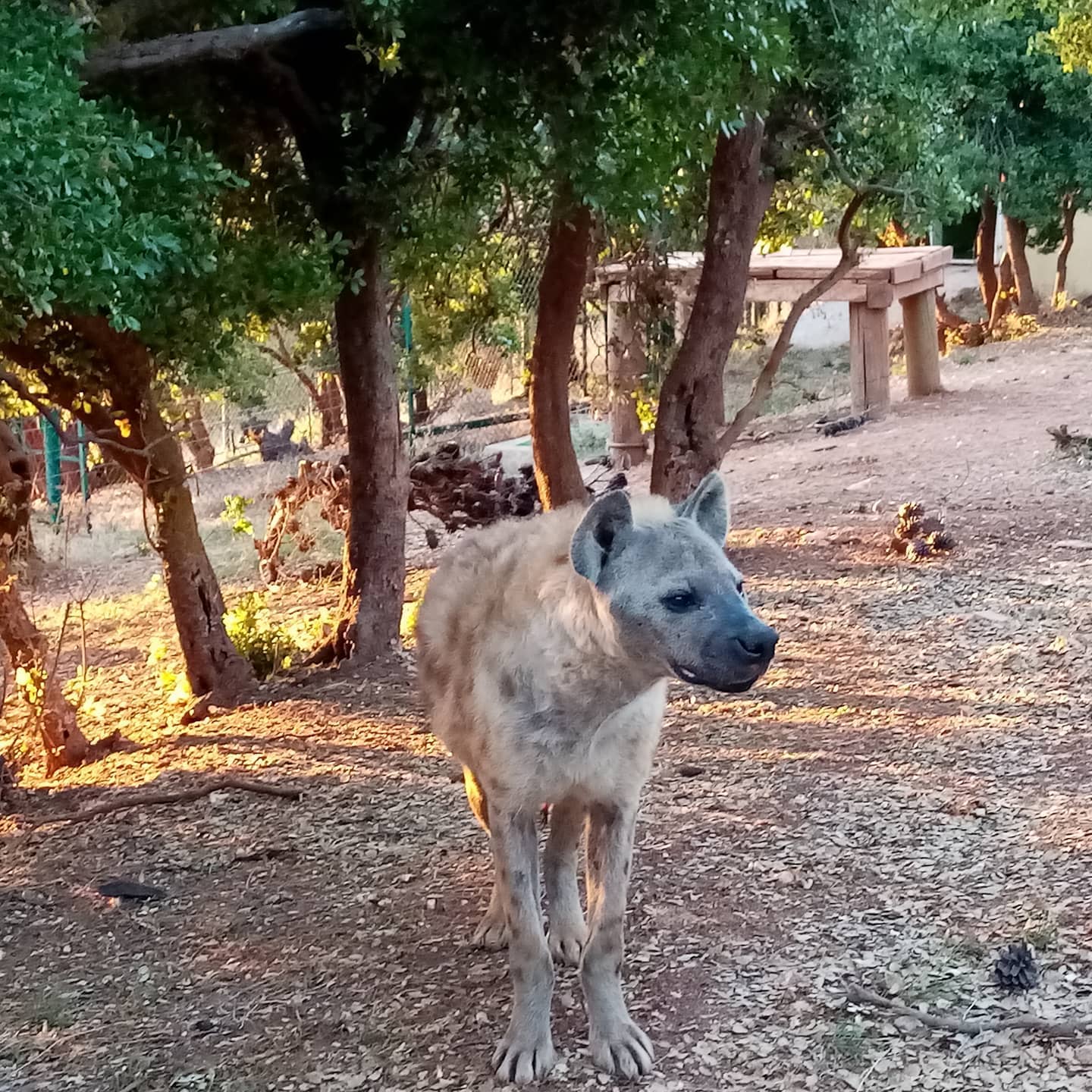